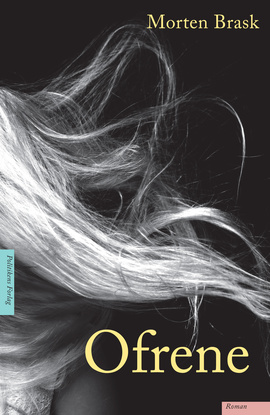 One summer night in central Copenhagen a young lawyer is attacked. A stranger pulls her into a backyard and rapes her brutally. She manages to get home to her boyfriend in a state of schock. They file the rape to the police and she is from this moment they start their journey through the  system. In a split second everything in their lives is changed.

The boyfriend is the narrator in the novel. He wants to tell her his version of what happened in an attempt to explain his reactions to her – and to himself. We follow them from the night of the rape and further in the proces – as well as flashbacks from their relship. The novel depicts how she gradually dissolve under the system’s scrutinizing gaze – and how the narrator becomes engulfed in the maelstrom and thus becomes the rapist’s second victim.

The victims is a riveting, intense and eerily relevant novel; a study of guilt and punishment, violation and revenge.

Excerpts from The Victims

That summer, the newspapers were filled with articles reporting such high temperatures hadn’t been recorded since 1941, and the night you were raped was the hottest during the heat wave. No one had predicted such an extreme summer. Even the meteorologists were surprised, saying that the weather was behaving rather peculiarly. The spring had been cold. At the end of May people were still wearing jackets, then one July morning we awoke to heat that caused the air to shimmer in the streets, caused everything to shimmer, and the heat hung suffocatingly above the country and persisted, persisted, persisted.

​After only a few days, I had a strange sensation that this was no ordinary heat wave. It was different than other heat waves in my life, even those I had experienced on trips to North Africa and Southern Europe. Not only because of the extreme temperatures, or because the heat was more oppressive and protracted than normal. It was also something else. It did something to us, it altered us. I felt it with my family, friends, and acquaintances, with colleagues at the construction site, and with people on the street. All were somehow changed. They said things that were a little different, they acted differently, they did things that were different from what they would have normally done. Not that it was a big change, it was barely noticeable, but everything seemed to shift slightly. Like old doors that stick in the autumn.

​And the two of us? I think we changed too. I did anyway. The rape was what triggered it, of course, but since then I have wondered whether or not the heat wave was the final nudge that pushed me over the edge, causing me to react as forcefully as I did.

“You held onto your purse instead of throwing it down and tearing yourself free, and returning to Ruby?”
​“No, I’d held onto it the entire time.”
​“So I can confirm that it was important for you to remember your purse even though you feared being raped…”
​The judge raised her hand.
​“I would like to interject here,” she said. “We have understood that the Defense wonders why the injured party holds onto her purse in spite of the circumstances.”
​The solicitor took out his pen and jotted a note on his pad.
​“What happened after you turned down Knabrostræde?” he asked.
​“I was really scared because there were no people. I knew what was going to happen now.”
​“Try to put into words what you knew was going to happen.”
​“I knew he would rape me now.”
​“But you went with him on Knabrostræde and then left down Magstræde. There were many people in the city, and people live in the flats. Didn’t it occur to you to call for help right then?”
​“No. I was so scared. I couldn’t … do anything.”
​“I’m sorry this is so painful right now, but I need to ask you these questions. And it is problematic, from a judicial point of view, that you didn’t cry for help. I know that you are a solicitor, and therefore have some understanding of criminal law.”
​“Didn’t cry out? I’m telling you that I was totally paralyzed. He forced me over there and through a gate.”
​“But he might have been acting in good faith because you didn’t actually resist him or scream,” the solicitor said.
​“How can it be in good faith when force is involved?”
​“What happened when you went through the gate?”
“He tried to kiss me again and when I wouldn’t, he grabbed my hair. He kept saying that I had to kiss him, but I didn’t want to. He forced my chin up and licked me again on my mouth and cheeks and throat. Then he shond between my legs and told me to spread them, and he yanked even harder on my hair and pressed his knee between my thighs so he could get his other hand in. He pulled my knickers down and jammed his finger inside me.”