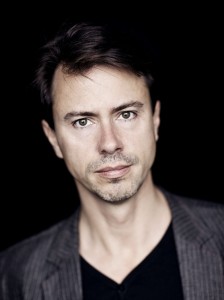 Morten Brask grew up in Copenhagen. The  mother was a lawyer, the father an economist. His family history counts painters and writers, lawyers, politicians and psychologists: Legendary author Karen Blixen, a Russian colonel in the zar’s army, a succesful gold digger in Siberia, a mayor of Copenhagen and chairman of the Danish parliament, a director of The Danish National Bank and a member Amundsens expedition through the Northwest passage in 1906.

In ninth grade of elementary school, he wrote a children´s book The Snail Farm (unpublished).

During university years he contributed to Danish and Norwegian newspapers, magazines and periodicals. Mainly articles, features and short stories.

While writing his master thesis at University of Copenhagen Brask and a co-writer wrote the non-fiction book The Jew and the Aryan – in the Nazi film propaganda (Published by Borgen Publishers, 1995).

Brask graduated in 1995 as a MA in Film Science and History.

At the age of 25, he travelled in Indonesia and Northern Australia for 7 months. The events, including two near drowning accidents, visiting the last headhunters on the island of Seram as well as the Komodo dragons, ended up in the travelogue Journey in the rainy Season (written with a co-writer, published by Borgen, 2001).

1997-2000 Brask worked as a director of documentaries and information videos, one of which won a Golden Award at the ITVA Festival.

After suffering the loss of his twins in 2000, Brask decided to start all over, changed career. First as a creator of the political books The Schnaps Parliament 2001 and Schnaps Parliament 2002 (published by Aschehoug). Since as co-founder and creative director the communications agency Tabula Rasa.

The books on “extreme people and extreme situations”

Blondanett – a Prostitute´s Diary (2005) was based on interviews and daily dictaphone-recordings of a Danish prostitute. The purpose of the book was to portray the life and thoughts of a mature woman, who gave up her life and job as a nurse to become a callgirl.

In 2006 Brask moved to Mozambique to write his first novel, The Sea in Theresienstadt, about a Danish jew in the German concentration camp Theresienstadt. Published in Denmark (Politikens Forlag, 2007) and later in France (Presses de la Cité 2009) where it was nominated for the Prix du Roman Fnac and shortlisted for the Prix Chapitre du roman Europeen. The book sold around in 44.000 copies in France alone.

The novel was awarded the Italian Edoardo Kihlgren first prize for European literature in 2014, and nominated for the literary prize “PREMIO LETTERARIA” in 2014 in the category: Best novel translated into Italian. Winner of the Italian literary award Premio Bottari Lattes Grinzane 2015.

Brask received The Danish Art Council’s “Three-year Grant“. In 2013, he published the novel A girl and a boy inspired by the loss of his twins (Politikens forlag). The novel has been printed in 25.000 copies. In 2014, the book was published in Norway (Spartacus 2014) and Russia (Eksmo – Издательство Эксмо 2017). The book sold 26.000 Copies in Denmark.

2014 he wrote “Tomorrow I stop“, a biography about the Danish Tv-personality, Anja Fonseca, who secretly suffered from bulimia (Politiken publishers 2014). Sold in many thousand of copies.

2016. Since his years at Copenhagen University where a fellow student told him about her being raped by a stranger, Brask has considered writing a novel about the victims of a rape.

The first rape is the woman, of course, but research shows that husbands often react in almost the same way with acute stress, shock, and PTSD. It is a subjects extremely rarely depicted in literary fiction. Brask interviewed  both kind of victims. The result is the novel The Victims (Politikens forlag 2016).